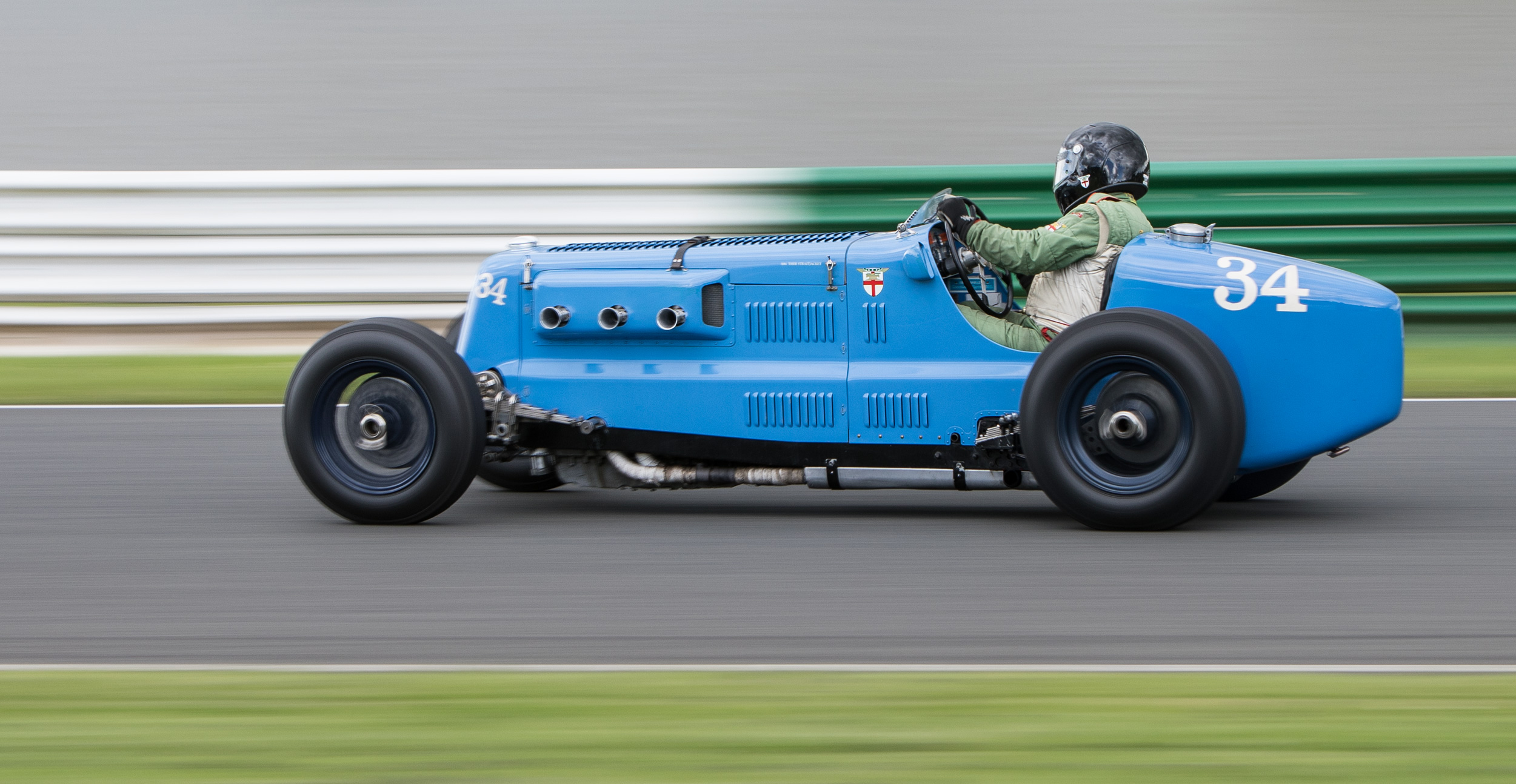 In early August I was invited by my friend and neighbour Alan to visit Mallory Park and watch vintage motor car racing. To me it sounded like a good excuse for panning practice.

The picture above was taken at 1/100th second and is the best example from the day of the motion blur typical of a panned shot at a relatively slow shutter speed. I regret to say that I did not try to capture many cars at this shutter setting, preferring a faster speed to be more confident of a sharper image. I got the shots,  but next time, if I ever go to watch car racing again, I will be a lot braver.

The cars entered in the event were between 50 and 115 years old. Which mechanic or car manufacturer back in 1903 would have thought that the car they were building would still be racing almost 20 years into the next millennium? Amazing.

Click the image below to see the album of over 80 different vintage racing cars captured at the event. You will need a lot of stamina, I’m not sure I would wade through so many car pictures taken on the same bit of track if I hadn’t taken them myself.

This may be a good place to introduce yourself and your site or include some credits.
Sensitive Light